The Ethics of Cannabis Legal Representation

The Ethics of Cannabis Legal Representation

Attorneys practicing cannabis have to reconcile the federal prohibition against cannabis with the increasing number of state laws allowing cannabis for medial and recreational use. Walking this tightrope presents a number of ethical traps that attorneys need to be aware of. In this program, cannabis attorney Jeffrey Gard covers the ethical issues unique to representing cannabis clients and how to comply with ABA model rules and state ethics rules variations when confronted with these issues. Among the topics discussed are: - Scope of representation - Conflicts of interest - Lawyer as a business partner - Corporations as a client - Unauthorized practice of law - Supervising associates and other staff 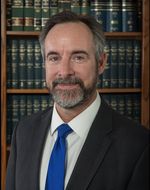 For the last two decades, Jeffrey S. Gard has litigated hundreds of cases, many through trial, in both state and federal courts. He also successfully litigated and argued cases before the Colorado Court of Appeals and the Colorado Supreme Court. Jeff was one of the pioneers in the field of marijuana law and worked with the Colorado legislature to pass the statutes that govern the Colorado marijuana industry. Since the passage of Amendment 64, which legalized adult possession and cultivation of marijuana in Colorado, Jeff has been working with federal, state, and local officials in developing regulations for the retail marijuana industry and was appointed by the state to participate in the rule-making progress. He now shares his knowledge and experience with other attorneys and has taught numerous legal seminars in the topic of marijuana business and law. Jeff co-authored a book on Marijuana Law titled “Medicolegal Aspects of Marijuana: Colorado Edition,” published March 2015. Jeff’s firm, Gard Law Firm, was voted the Best Law Firm in Boulder numerous times. Jeff has also been named a Colorado Top Lawyer in the field of Marijuana Law by 5280 Magazine.