The Mechanics of Attorney-Client Privilege - Slides 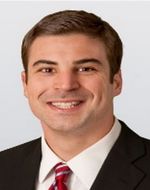 Anthony J. Palermo is a Tampa litigation attorney who represents clients in complex commercial disputes, governmental investigations, enforcement actions, and administrative proceedings, arbitrations, and state and federal court litigation, including through trial and appeal. Mr. Palermo also advises clients on regulatory compliance, employment and corporate governance issues with a particular focus on consumer protection and financial services laws and regulations. He has significant experience in the financial services, transportation, healthcare, and telecommunications industries. Mr. Palermo has been recognized as one of the top lawyers in Tampa for commercial litigation as well as banking and finance litigation by Tampa Magazine, one of the "Rising Stars" in the state of Florida by Super Lawyers, and as a "Florida Legal Elite" attorney for commercial litigation by Florida Trend magazine. In addition, he was previously recognized nationally as one of only five consumer protection attorneys to be honored as a Law360 Rising Star and named to its list of top attorneys "whose legal accomplishments transcend their age." As part of his litigation practice, Mr. Palermo has represented multiple professional sports teams in Florida, including Major League Baseball and National Hockey League franchises. As part of his regulatory practice, Mr. Palermo has been appointed a Special Assistant Attorney General to advise a state-run lending institution on compliance with consumer protection and banking laws. Mr. Palermo has held various positions of bar leadership and is the chair of The Florida Bar's Consumer Protection Law Committee. He is a frequent speaker at continuing legal education courses for The Florida Bar and has authored articles for multiple legal publications. His published work has been quoted in law review articles, cited as support in appellate briefs by other lawyers before courts throughout Florida, and cited with approval in a recent decision by Florida's Second District Court of Appeal, which has appellate jurisdiction over the state courts in Hillsborough County, Florida, including Tampa. 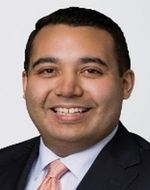 Christopher R. Heredia is a litigation attorney in Holland & Knight's Chicago office, where he focuses his practice on legal ethics and risk management for lawyers, law firms and in-house counsel, and commercial litigation matters. As a member of the firm's Legal Profession Team, Mr. Heredia advises and represents attorneys, law firms and corporate legal departments in all aspects of professional responsibility matters, including law firm organization and dissolution, conflicts of interest, lawyer mobility, legal advertising, unauthorized practice of law, confidentiality and evidentiary privileges, and regulatory compliance. Mr. Heredia also represents individuals in bar disciplinary defense matters at the state and federal levels, including before the Illinois Attorney Registration and Disciplinary Commission (ARDC) and the U.S Patent and Trademark Office (USPTO). Additionally, he represents law students and other professionals before regulatory agencies, including the Illinois Department of Financial and Professional Regulation (IDFPR) and the Committee on Character and Fitness. In his commercial litigation practice, Mr. Heredia represents a wide variety of clients in complex business disputes, including breach of contract, fraud and other business torts. Prior to joining Holland & Knight, Mr. Heredia served as litigation counsel for the Illinois ARDC, where he investigated hundreds of charges of attorney misconduct and litigated formal proceedings before the Commission's Hearing Board and Illinois Supreme Court. His tenure with the ARDC allowed him to gain significant experience with legal ethics and the law of lawyering. Prior to his work with the ARDC, Mr. Heredia was a criminal prosecutor for the Cook County State's Attorney's Office in Chicago, the nation's second-largest prosecutor's office, where he gained extensive experience in overseeing and litigating complex vehicle, theft and fraud-related criminal matters, as well as the litigation of civil commitment cases, including actions for involuntary commitment and medical treatment. In the community, Mr. Heredia is active in local and national bar associations and frequently presents on legal ethics matters to law schools, organizations and media outlets. As a faculty member of the National Institute for Trial Advocacy (NITA), he teaches lawyers successful deposition techniques during their annual deposition skills training program. Mr. Heredia also previously taught Ethics and Advocacy as an adjunct professor at Chicago-Kent College of Law, a course which combined rules, cases and elements of professional responsibility with trial advocacy skills. 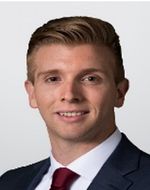 Daniel Buchholz is a litigation attorney in Holland & Knight's Tampa office. Mr. Buchholz focuses his practice on complex commercial litigation matters involving business torts, contract disputes, shareholder disputes, lender disputes, intellectual property (IP) disputes, and labor and employment issues. In addition, Mr. Buchholz has represented clients on appeal to the Florida District Courts of Appeal. Mr. Buchholz's recent representative matters include: -defended a nutritional supplement company in trade secret misappropriation and false advertising action in federal court injunction proceeding and against damages claims, resulting in denial of injunction and favorable settlement -represented a healthcare information technology (IT) company in arbitration action resulting in successful recovery of all money owed under contract, including attorney's fees and cost -represented a national airline company in a putative class action in which the plaintiff asserted that the client's Consolidated Omnibus Budget Reconciliation Act (COBRA) enrollment and eligibility notices failed to comply with U.S. Department of Labor (DOL) regulations; DOL filed amicus brief for the first time on evolving and disputed notification issue that supported defendant's position; federal district court recognized appellate court had "not directly addressed" the issue, expressly declined to follow decisions that allowed claims to proceed, and granted motion to dismiss before plaintiff dismissed claims with prejudice without settlement -represented pro bono client in prosecution of claims for breach of contract and misrepresentation arising out of a real estate transaction, resulting in favorable settlement for all money owed Prior to joining Holland & Knight, Mr. Buchholz served as a judicial law clerk to the Honorable Virginia M. Hernandez Covington and the Honorable Thomas P. Barber of the U.S. District Court for the Middle District of Florida. During law school, Mr. Buchholz interned for the Honorable Mark E. Walker of the U.S. District Court for the Northern District of Florida. Additionally, Mr. Buchholz was elected to serve as the editor-in-chief of the Florida State University Law Review. He also worked as a teaching assistant for business organizations, regulatory compliance, and legal writing and research.