The Harder They Fall - Handout Materials

Course Outline & Agenda - They Harder They Fall: Stories of Addiction & Recovery for Attorneys

Lawyers operate in a high-risk, high-stress environment. Unfortunately, this means that lawyers have a much higher rate of substance abuse issues than the average person. In this program, Gary Stromberg delivers an honest, heartfelt account of how addiction can destroy lives. He includes several stories of various celebrities that he has personally worked with who have battled and overcome their own addictions.

Effective presentation, inspersed with anecdotes about well-known figures the presenter interviewed for a book, illustrating how these figures with alcoholism, conquered their demons, and became clean and sober.
- William H.

Fantastic, best course I have taken so far!
- Brendan C.
Read All 2 Reviews 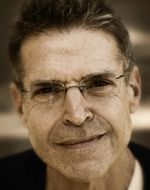 Gary co-founded GIBSON & STROMBERG, a large and influential music public relations firm of the sixties and seventies. His company represented such luminaries as The Rolling Stones, Pink Floyd, Muhammad Ali, Barbra Streisand, Boyz II Men, Neil Diamond, Ray Charles, The Doors, Earth, Wind & Fire, Elton John, Three Dog Night, and Crosby, Stills, & Nash. Stromberg also spent time in the film business where he co-produced the motion pictures Car Wash (Universal Studios) and The Fish that Saved Pittsburgh (Lorimar/United Artists). He's also co-written three books, The Harder They Fall (Hazelden - 2005) and Feeding the Fame (Hazelden – 2007) and a third book for McGraw-Hill Publishing, entitled Second Chances, which was published in October, 2009. He is currently writing his fourth book, She's Come Undone for HCI Publishing, which will come out in spring 2012. He currently runs The BLACKBIRD Group, a small public relations firm in Marina del Rey, California. Gary is also active in service work: Past President of the Board of Directors of Positive Directions, the Center for Prevention and Recovery, in Westport, CT Member, Board of Directors, The Stepping Stones Foundation, the last home of Bill and Lois Wilson, founders of Alcoholics Anonymous and Alanon, respectively. Member, Board of Dirctors, Faces and Voices in Recovery, Washington DC based national advocacy organization Stromberg has also served as a mentor for over twelve years, currently with LA Teamworks, an after school mentoring program in Los Angeles, CA. Gary has two children, a son David, in the music business and a daughter Emily, who works for a Broadway production company.