Go Beyond a Bundle - All Custom & Unlimited Packages Are on Sale Through 7/17! No Discount Code Needed! 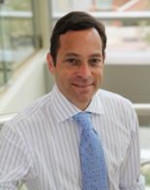 Following graduation from law school, where he served as Trial Operations Director of the Harvard Defenders, Professor Berenson clerked for Justice Edith W. Fine of the Massachusetts Appeals Court. He then spent more than five years as an Assistant Massachusetts Attorney General, where he focused on civil litigation in the areas of administrative, constitutional and consumer protection law. During that time, Professor Berenson also served as a Supreme Court Fellow with the National Association of Attorneys General. He then spent two years as a teaching fellow in Harvard Law School’s Lawyering Program, while at the same time earning an LL.M. degree. Professor Berenson spent four years at Nova Southeastern University’s Shepard Broad Law Center, teaching in the school’s Lawyering Skills and Values Program and its Children and Family Law Clinic, in addition to teaching traditional courses in Professional Responsibility and Elder Law. He has published articles on topics including attorney professional role, access to justice and clinic legal education in journals such as the Fordham Law Review, the Boston College Law Review, the San Diego Law Review, the Rutgers Law Journal and the Elder Law Journal. He has published two course books in the area of Family Law. Professor Berenson is a member of the state bars of Massachusetts, Florida and California. He currently serves as a Pro Tem Judge for the San Diego Superior Court and a Fee Arbitrator for the San Diego County Bar Association’s Fee Arbitration Program. Fun Fact: He also plays the drums in the Innocent Bystanders, a rock band that includes three Thomas Jefferson Professors and two Alumni.

Military Discharge Upgrades
Play
Veterans sometimes want to upgrade their military discharge status for a variety of reasons. This program will cover the various discharge characterizations and their consequences, as well as policy changes and options for discharge upgrades.