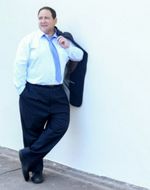 I have been employed at Kurzban Kurzban Tetzeli and Pratt, P.A., since 1995 and was made an equity partner in 2010. Being born and raised in Miami has given me a unique perspective into the needs of the community, accentuated by the fact that my family has been practicing law in South Florida since the early seventies. I am a trial attorney and the verdicts and settlements I have obtained on behalf my clients indicate the dedication and perseverance that I invest to make sure that our clients receive the highest compensation that they are entitled to. I graduated from the University of Alabama in 1992 where I achieved Dean's and President's List (4.0 grade point average). While at the University of Alabama, I was a brother in the Zeta Beta Tau fraternity. I received my juris doctor degree from the University of Miami School of Law in 1995. I was admitted to the bar in the State of Florida the United States District for the Southern District of Florida, and the United States Court of Appeals for the Eleventh Circuit. I have performed as co-counsel in several major litigation cases that have resulted in favorable verdicts for my clients. I have also successfully represented my clients as lead counsel in trial. The bulk of my practice concentrates in medical malpractice, product liability and personal injury on behalf of Plaintiffs. I have served as vice-chair of the Dade County Bar Association Trial Section (2001) and on the Board of Directors for the Florida Justice Association (Academy of Florida Trial Lawyers) 2004. I have been to Tallahassee, Florida several times in connection with the Academy of Florida Trial Lawyers to help lobby and construct litigation aimed at protecting injured victims as well as, helped implement a permanent attorney ethics and responsibility curriculum in conjunction with the University of Miami School of Law. I am a member of the Dade County Bar, the Florida Bar, the American Association for Justice, the Academy of Florida Trial Lawyers, the American Bar Association, the American Constitution Society and am a member of and past Master for Village Lodge 315, Free and Accepted Masons. I am the proud father of Elspeth and Ailsa and the loving husband of Lorna Kurzban.

Depositions, Mediations, & Hearings - Continuing Your Trial Path During COVID-19
Play
This program will give you an overview of medical malpractice cases and walk you through key changes to litigation procedures that have occurred due to the COVID-19 pandemic.