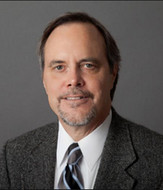 Donald Horgan has been representing criminal defendants at the trial and appellate levels since 1987. Before that, he served for a year as a deputy in the Contra Costa County District Attorney's Office. In 1987, he joined the San Francisco firm of Topel & Goodman, where, among other things, he successfully defended former officers of Savings and Loan institutions against civil claims based on alleged financial mismanagement. During this period, he also developed an expertise in state and federal criminal appeals. In 1996, Mr. Horgan joined Dennis Riordan’s firm as an appellate specialist. He became a full partner with Mr. Riordan in January, 2003. Mr. Horgan was the chief author of the briefing that led the Arkansas Supreme Court to rule in 2010 that Damien Echols, convicted of multiple murders in the case of the “West Memphis Three,” was entitled to demonstrate that new DNA and other exculpatory evidence should entitle him to a new trial, Echols v. Arkansas, 2010 Ark. 417. This ruling was key to negotiating Mr. Echols’s subsequent release in August, 2011.

The West Memphis Three
Play
The case of the West Memphis Three is one of the most high-profile criminal cases of the past two decades. Join Dennis Riorden and Donald Horgan as they discuss the dubious circumstances of the conviction and reveal how they managed to secure the release of the...