Course Description & Outline - Marijuana Decriminalization & the Impact on the Workplace

Marijuana has long been classified as a Schedule 1 drug by the federal Controlled Substances Act. In recent years, around 30 states have allowed the use of marijuana for medicinal purposes under certain circumstances, and another handful of states have decriminalized recreational use of the drug. This dichotomy between federal and state authorities has led to much conflict and uncertainty, even leading to a highly publicized lawsuit between Colorado and two of its neighboring states. So where does all of this uncertainty leave employers? While some states explicitly ban discrimination on medical marijuana users, others are silent on the subject, and courts have taken several different approaches to resolving disputes. In this program, Robert Fitzpatrick examines the current state of the law and summarizes the recent cases and arguments addressing the issue as it relates to employers. In addition to employee discipline for marijuana use for legal medical or recreational purposes, Mr. Fitzpatrick looks at workers compensation claims, unemployment compensation, federal contractor issues, and issues surrounding proof of marijuana impairment. 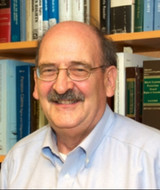