Go Beyond a Bundle - All Custom & Unlimited Packages Are on Sale Through 6/12! No Discount Code Needed!

Justice for Trafficking Victims in the United States

Justice for Trafficking Victims in the United States

Human trafficking is global crisis. The International Labor Organization has estimated that there are 20.9 million victims worldwide. The number of trafficking cases being prosecuted by the U.S. government has seen an increase since the passage of the Trafficking Victims Protection Act of 2000. In this program, President of The Human Trafficking Pro Bono Legal Center, Martina Vandenberg, discusses the state of human trafficking law in the United States and debunks many of the myths surrounding it. Ms. Vandenberg not only covers criminal prosecutions, but discusses civil actions as well, giving particular focus to restitution and the calculation of damages. A number of key cases are discussed in depth, as are the statistical occurrences and outcomes of human trafficking cases. 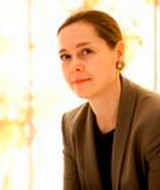 Martina E. Vandenberg has spent nearly two decades fighting human trafficking, forced labor, rape as a war crime, and violence against women. Vandenberg has represented victims of human trafficking pro bono in immigration, criminal, and civil cases. Widely regarded as an expert on an array of human rights issues, she has testified before the Senate Judiciary Subcommittee on Human Rights and the Law, the Helsinki Commission, the House Foreign Affairs Committee, and the House Armed Services Committee. A former Human Rights Watch researcher, she spearheaded investigations into human rights violations in the Russian Federation, Bosnia & Herzegovina, Uzbekistan, Kosovo, Israel, and Ukraine, and authored the first published report documenting human trafficking in Israel. She is the author of two Human Rights Watch reports, “Hopes Betrayed: Trafficking of Women and Girls to Post-Conflict Bosnia & Herzegovina for Forced Prostitution,” and “Kosovo: Rape as a Weapon of ‘Ethnic Cleansing.’ ” While living in the Russian Federation, she co-founded Syostri, one of Russia’s first rape crisis centers for women. Vandenberg established The Human Trafficking Pro Bono Legal Center (www.tahirih.org/) in 2012 with generous support from the Open Society Foundations (OSF) Fellowship Program. Before she became an OSF Fellow, Vandenberg was a partner at Jenner & Block LLP, where she focused on complex commercial litigation and internal investigations under the Foreign Corrupt Practices Act. She served as a senior member of the firm’s Pro Bono Committee. She received the 2006 Albert E. Jenner, Jr. Pro Bono Award for her successful representation of trafficking victims in United States federal courts and her advocacy before Congress. As pro bono advocacy counsel to the Freedom Network USA, Vandenberg received the Paul and Sheila Wellstone Award for her “outstanding leadership and dedication in working to combat human trafficking and slavery in the United States.” A Rhodes Scholar and Truman Scholar, Vandenberg has also taught as adjunct faculty at the American University Washington College of Law.