Family law cases very often involve one or both parents experiencing substance abuse or mental health issues. This program will give family law practitioners the tools they need to confront a mental health or substance abuse issue in a case whether the affected individual is their client or not. The instructor will help viewers understand when to pursue drug and alcohol testing, what kinds of tests are appropriate, how to understand and approach different types of mental health issues, what kind of experts to employ, how to address issues before a judge, and a myriad of other issues. 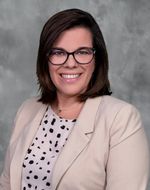 Kelly L. Burris got into family law to help people instead of corporations. “I wanted to be able to help people get through these tough situations in their lives and do it the right way,” she said. Ms. Burris has settled and litigated complex custody cases and property cases involving multi-million dollar estates. She has also successfully litigated child custody relocation cases. Licenses & Admissions Ms. Burris is licensed in Texas and Oklahoma. She is also Board Certified in Family Law by the Texas Board of Legal Specialization. Education Bachelor of Arts from University of Texas; Juris Doctor from Texas Tech School of Law where she was an Articles Editor on the Law Review. Associations Ms. Burris was a Director on the board for the Texas Young Lawyers Association from 2002-2003 and again from 2007-2011. In addition, she also served as Director on the board for the Dallas Young Lawyers Association from 2005-2011. Ms. Burris has held memberships to: the Texas Academy of Family Law Specialists since 2008, the Texas Bar Foundation since 2008, the Dallas Association of Young Lawyers Foundation since 2004, and the College of the State Bar of Texas and the Texas State Bar Association. Awards Ms. Burris is Board Certified in Family Law by the Texas Board of Legal Specialization, one of only 743. In 2010, she received the President’s Award of Merit from the Texas Young Lawyers Association. She was named one of the “Best Lawyers in Dallas under 40” by D Magazine in 2006. From 2004-2006 and 2008-2014, Ms. Burris was recognized as a Texas Rising Star in the family law practice area by Super Lawyers, a Thomson Reuters rating service of outstanding lawyers. From 2017-2019, she was named a Super Lawyer.