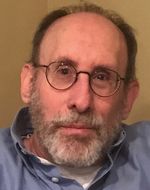 A former U.S. Department of Justice Civil Rights Division Senior Trial Attorney and current Georgetown University faculty member, Bruce is an award-winning lawyer and published author who has 20+ years of experience as an DE&I, advocacy, writing, and speaking coach. He has appeared in court 1000+ times, including ~10 jury trials, countless bench trials, and appeals. He’s also been as expert witness in 20+ federal and state litigations, including testifying in court and in depositions. Bruce has been a commentator for National Public Radio and CBS Radio and a sports, legal affairs, and political reporter. A regular speaker and trainer, Bruce has spoken at 500+ events (including 100+ keynote speeches) before corporations; bar associations, universities, and nonprofits; federal, state, and local government entities; and other organizations. Bruce has published 10+ books, articles, and other pieces on a vast range of topics, ranging from the desegregation of minor league baseball to a series of biographies for children. Bruce has worked as a career coach and writing coach with thousands of lawyers, law students, and pre-law school students—many of whom have achieved their own career acclaim as accomplished courtroom advocates and published authors. He was also a Writing Instructor for The Writing Center and for the U.S. Department of Agriculture’s Graduate School. In addition to professional-level training and graduate-level teach, Bruce has worked with college students, including as the sole Pre-law Advisor for the entire University of Maryland system, which includes nearly 15 state colleges and universities. Also recognized as an expert on implicit bias and D&I, Bruce has trained judges, lawyers, court staff, medical students, and other professionals of all levels. He has been a guest instructor or lecturer at Harvard, Johns Hopkins, Cornell, Auburn, University of Baltimore Law School, among others. Since 2014, Bruce has been on the faculty of Georgetown University School of Medicine teaching about bias in healthcare.